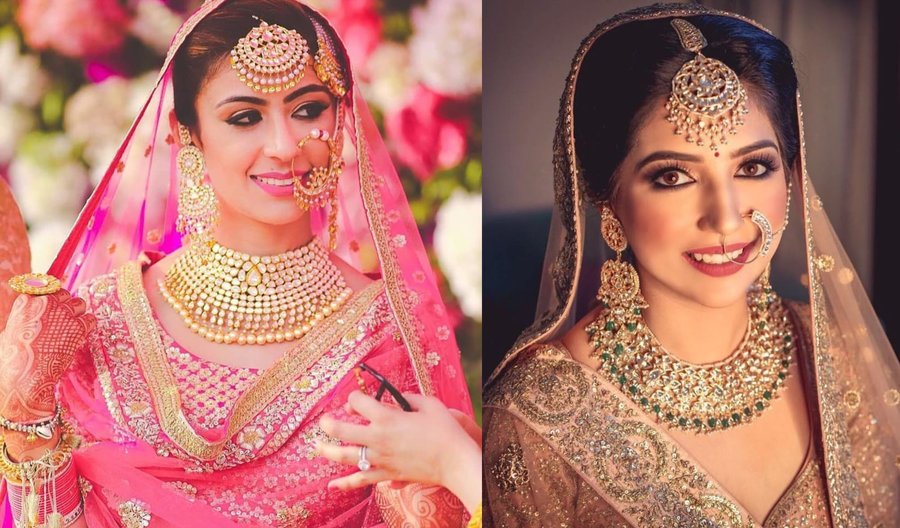 Marriage is a new beginning for the bride and groom. A natural glow automatically appears on the bride’s face with the thought of the tremendous love that will come in her new life. Especially the Indian bride and other brides dress up very nicely. Dressing a bride doesn’t end with heavy outfit and makeup, but jewelry plays an important role. Maang Tikka, the most important ornament, is one of the most important pieces of jewelry that all brides wear. And today it is often worn on other occasions. A simple or handmade chain with a beautiful brooch on one end and a hairpin on the other end is the simplest design of a Maang Tikka.

Choose the best choice because you have a variety of Maang Tikkas.

Maang Tikka in itself is great jewelry. And when placed on the forehead, it enhances the beauty of the bride. A simple but outstanding design that Tikka wears on every small occasion is a simple gold chain with a pendant on the forehead that looks sober on any outfit. Here the middle tikka has a ruby-colored diamond in the shape of a leaf, which is surrounded by tiny white diamonds.

Rajasthani Maang Tikka in a simple form has a handmade or even simple chain that is hooked on one side with hair, and the other end, which is on the forehead, is attached to a round, handmade pendant called Borlo / Borla is known. The name Borla is derived from the fruit juice, the shape resembles the fruit. The beauty of the tikka tassel makes the bride look elegant and glamorous.

Kundan art is known in Indian jewelry. Kundan work is a new form of jewelry making where diamonds and pearls are embossed on the metal surface of the ornament to make it look beautiful. The Maang Tikka looks fantastic when there is a hint of Kundan work. Kundan Work Tikka goes best with clothing from Indian saree and dressing.

The South Indian Maang Tikka design combines with two round brooches on both sides of the hairstyle. The main tikka has three strands that are beautifully crafted. One is attached to the back of the hair and the remaining two are extended towards both ears. The circular brooches are symbolized as the moon and the other as the sun. It is worn on the bride and groom as a blessing from the sun and the moon.

Punjabi-style maang tikkas are also very beautiful. The tikkas are usually shaped in large, round shapes that cover almost half of the forehead. Usually they used to wear the actual Tikka design, but due to the development of new designs, they brought a new design that best matched the Salvar Kameez and Choli at Punjabi weddings. The look of the Tikka leaves you no room for Bindi on your forehead. But the only piece of Tikka alone serves all needs for headdresses.

Brides look beautiful when they are beautifully disguised with traditional ornaments. Maang Tikka is a must with a bride. A maang tikka with thick strands of diamonds or polka design or solid gold work is a hot favorite among all. The ruby ​​diamonds inlaid in the pattern of the tikka go well with the bride’s red wedding saree. Although brides from different states and countries have their own headdress decorations. There is a big difference in appearance and design and even in the manufacture of the headdress of all states and countries.

7. Maang Tikka with side cords:

Maang tikkas with side strings are a new way of wearing the tikka. The Maang Tikka side strand has a beautifully designed brooch in the middle of the forehead and several strands are tied behind both sides when the ear. There is indeed an elegant look. The Pakistani bride and even Arab women have some kind of Jhumar ornament, which they wear on the side of the head that hangs on the forehead and ear.

Dauni strand Maang Tikka has two strands that are crossed to both ends of the ears. The way of wearing is very important. You can easily loosen and hang the strand and hook it behind the ear and the second two strands hooked into the hairstyle on the upper head. It also gives the hairstyle a nice look.

A multi-chain tikka is available in different designs. We can see both in simple chained design as well as in diamonds and pearls. The strands are attached from the forehead line to the top head of the hairstyle. The entire hairstyle is beautifully decorated with the tikka strands.

The Maharashtrian bride wears a tikka, accompanied by a traditional piece of jewelry traditionally known as Mundavalya. The same is worn by Gujarati Darbar brides, where they call it Moriyo. Marathi Bride Tikka are mostly designed with pearls because they have a significant appearance and meaning with the jewelry design and its colors.

A tikka from the hijab looks breathtaking. The beauty of the Arab women in the traditional look is fantastic. The Arab brides wear Maang Tikka on their foreheads and cover their heads with the hijab. The tikka is usually huge and covers almost the entire forehead. Arab tikka is mainly made of pure gold and is decorated with real gemstones.

Here is a beautiful and chic looking tikka that is mostly worn for beauty pageants. The tikka consists of flowery white pearls, which are attached so that they give a floral pattern. The model emphasizes her graceful look with a floral tikka on the head decoration. Brides on the coast also like to decorate brides with floral decorations. This design of headdress is the best for the bride.

On the nights of Sharad Poonam, the Indian full moon night, where most women fast for their husbands. You wear an outfit in pure white color. A pearl white pearl tikka with multiple strands and a white brooch motif in leaf form or looks great on the bride. Pearls are a symbol of purity. The white of the pearls is considered pure and precious.

A headband is a form of head decoration similar to a tikka. The difference with a headband is that it is a decorated piece of jewelry made of ant material or metal and is completely tied to the head. Both front and back. Girls wear the headband to give an unusual look. It is mainly used for fashion walks or parties.

A tiara tikka is also one of the fashion jewelry pieces that can be worn in any outfit to decorate the head and hairstyle. The unique design sparkles and covers almost the forehead and half of the hairstyle. The Taira Tikkas are made from metals other than gold. You will mostly see in copper bronze or pearl material.

Rabari is a Rajasthanic tribal community. People’s ornaments are very heavy and in pure heavy silver. Here is a simple design by Maang Tikka worn by Rabari women on normal days. A silver chain. Jewelery hangs between the chain and a Borla design on the forehead. Two sides hang on the sides of the forehead. It is a very old tradition and old ornamentation in rabies.

A traditional Kashmiri girl is seen in a beautiful head ornament commonly known as the kana door. Ata-hor and Deji-hor. They often wear cashmere brides. The headgear is sometimes made of silver and gold and is set with precious stones. The headgear is semicircular and is worn on the forehead, which covers almost half of it.

Bulgarian women love ornaments very much. The headdress is also very artistic in Bulgaria. The headdress coins are usually coins in the form of a silver alloy. The traditional Bulgarian clothing is very natural and looks great.

21. Girls in Oman with traditional tikka:

The Omani girls have beautiful clothes for themselves. The traditional Maang Tikka worn by Omani girls have been specially designed. The tikka is worn slightly over the headgear. The tikka consists of three or four circular patterns. And in the middle of the tikka there is another leaf motif. The entire piece of jewelry consists of a silver alloy and is provided with symbolic patterns and decorated with precious stones.

An Arabic headgear is also a beautiful type of tikka that almost covers the lady’s head and forehead. The fantastic look of the headgear is fascinating. The headgear consists of chains on which hanging coins hang. Other long chains cover the ear pieces and the back of the head. The jewelry is made entirely of silver or gold alloys. Sometimes other metals such as copper and bronze are used to make the headgear.

Kutch jewelry has taken a different place in jewelry making. The clothing and trust in Kutchi women can even be seen on her jewelry. In addition to the nose ring, the tikka is also a great advantage for the kutchi women. These types of Maang Tikka are made from a heavy silver alloy that weighs almost half a kg. The design consists of thick, carved chains and drop-like patterns. Wearing heavy cradle decorations in everyday life is no child’s play. But the look of Kutchi Tikka is fantastic indeed.

A Tibetan girl wears about 10 to 15 kg of jewelry. The head ornament of the Tibetan headdress consists of turquoise coral and amber. The traditional look of the headgear covers almost the entire head of the lady, which looks very artistic.

A very trendy looking headgear, which also looks like Tikka, is worn by women at special parties and ceremonies. Here is a nice head tikka made of black pearls with metal wire. The look is very ethnic and bold. Girls can wear such tikka on long skirts with a wide t-shirt. Loose pants and kurta also go best with such jewelry.

There are many intricate and stunning designs in Maang Tikka and headdresses. The brides chose the Maang Tikkas according to their dress and posture. Brides with bold nature love to make big statements. You would like to wear a large design by Maang Tikkas that could also cover the entire hairstyle. The effect of such a tikka is elegant. While many girls with a shy nature will definitely love wearing a simple but eye-catching Tikka design on their foreheads that captivates the bride’s beauty. 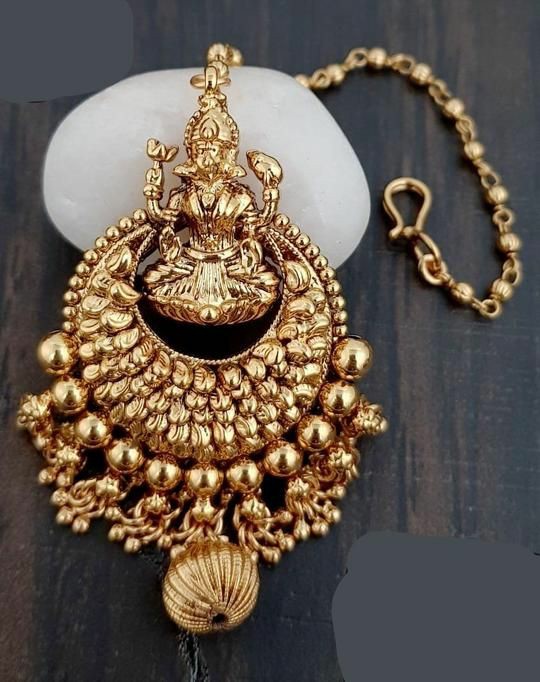 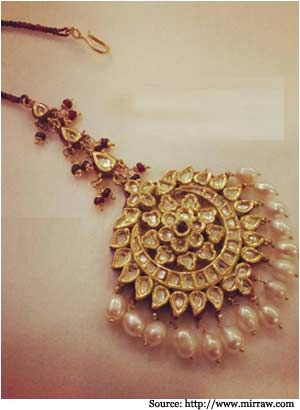 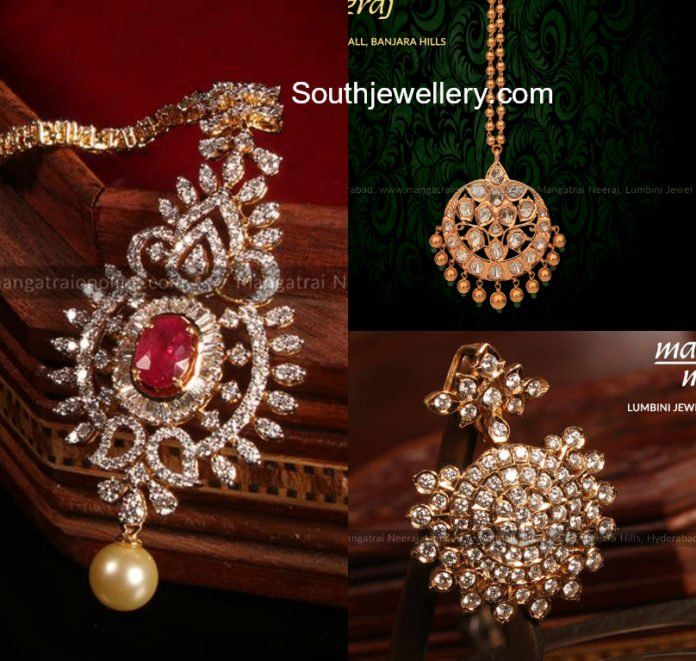 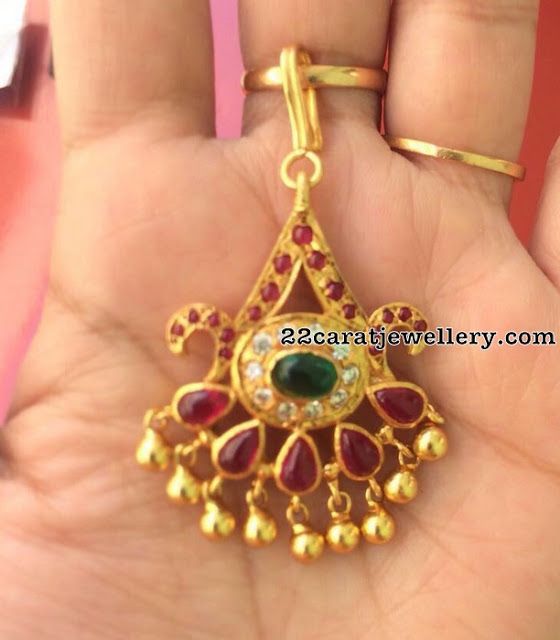 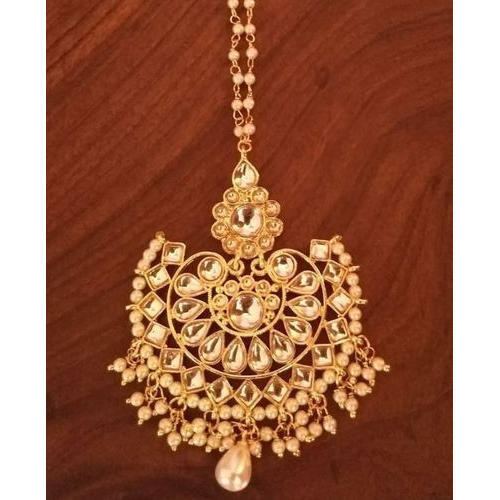 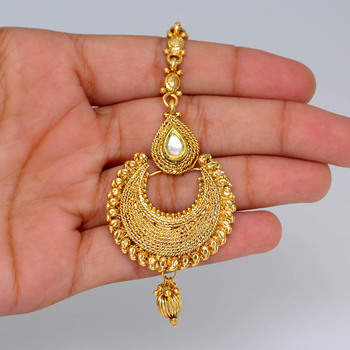 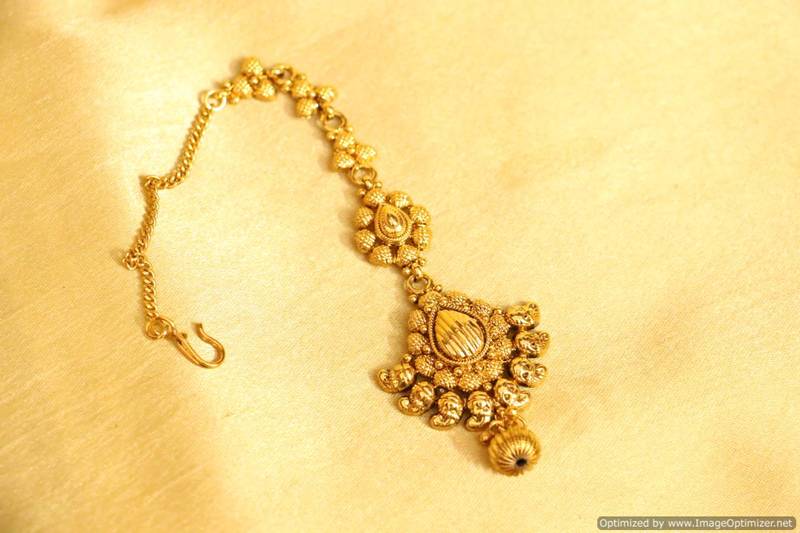 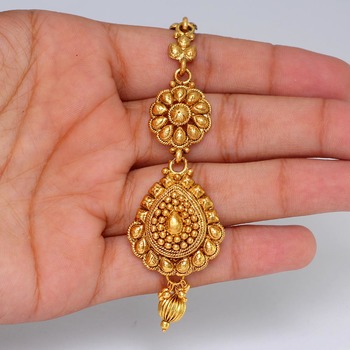 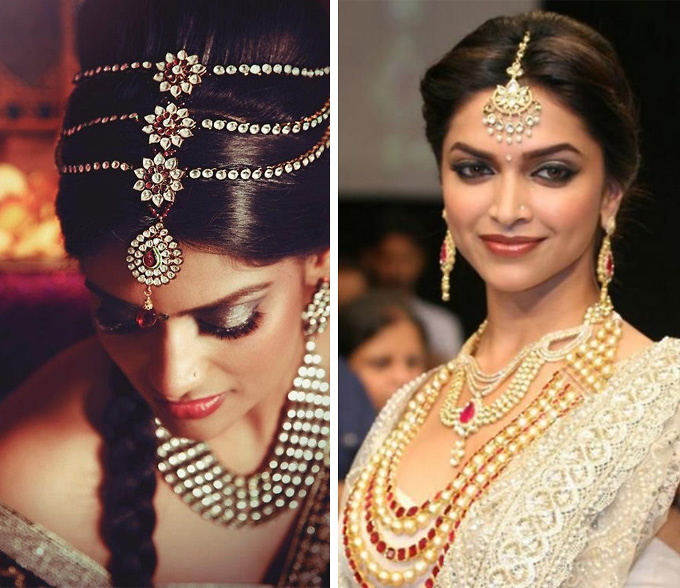 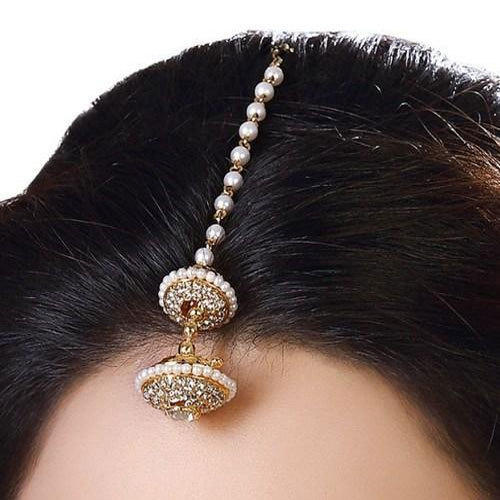